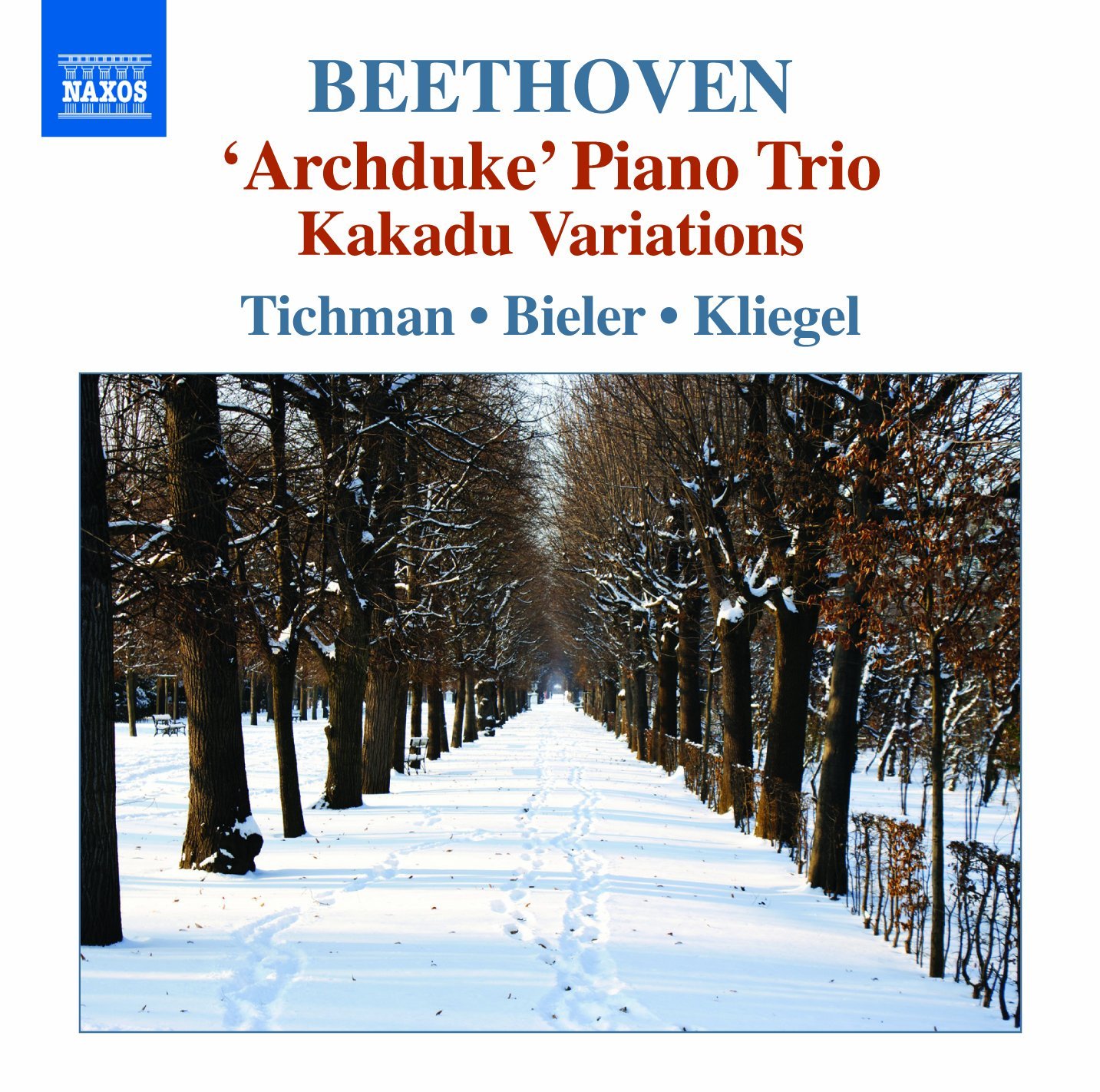 There is only one thing I can say about this performance: It lives and it dwells among the Heavenly Host… This may be the best “Archduke” I’ve ever heard, and I’ve heard a lot of them.

If the general tendency in this epic work is to emphasise the composer’s subversive tendencies and pseudo-orchestral gesturing, this team presents Beethoven as a Classical thinker, loosening expressive and temporal parameters with a velvet glove rather than railing at tradition in his hobnail boots. This approach reaches a climax in a finale that is all good-natured humour, bonhomie and contentment.

The performance is superb, played with assured continuity. Of particular merit is the execution of the mysterious introduction, where Beethoven changes mood and texture many times. Expressive markings appear on practically every note, and the players nail all of them without disrupting the overall line. Another high point is Variation 8, where the witty banter between the piano and strings is played up nicely.

Spread over six years, this much acclaimed cycle of Beethoven’s music for piano trio comes to the end with the ‘Archduke’ his most famous work in the genre. It was dedicated to his pupil, Archduke Rudolph, and first performed in 1814 with Beethoven at the piano. Now almost totally deaf, his performance at the piano, according to contemporary reports, left a lot to be desired. It would have been particularly concerning as the keyboard is often called upon to dovetail with the two string instruments, and that must have created problems. The distinguished trio on this new release take a big and bold approach, the pianist, Nina Tichman, certainly holding the centre ground around which everything revolves. Her nimble fingers are well able to cope with the generally urgent tempos employed, particularly in the second movement scherzo. I then much enjoy the subtle colours of the strings in the slow movement, and a finale that is full of joy.

Unpublished in his lifetime, Beethoven would have been around twenty when he composed the short Trio in E flat major. Full of youthful charm, it was still in the era when the cellist was mainly charged with the plodding bass line, though here, at least, it comes from the beautiful cello of Maria Kliegel. The ‘Kakadu’ Variations, based on a melody from a Singspiel by Wenzel Muller, are academically well constructed, though that fact takes second place to the happiness it brings to the listener.